Dina A. Griffin, FAIA, NOMA, IIDA, NCARB became president of Interactive Design Architects (IDEA) in 1999. Under her leadership, along with partners Charles Young and Robert Larsen, IDEA has successfully completed a multitude of projects for a variety of clients. Dina has been instrumental in bolstering the firm’s commitment to collaboration and the opportunity to create, learn and interact with other thought leaders in the profession. The firm has partnered with internationally renowned firms including Pelli Clarke Pelli Architects, HOK and Renzo Piano Building Workshop. In 2016, IDEA was awarded The African American Cultural Center project at Dina’s alma mater, the University of Illinois. That same year, IDEA was selected to join the team of Tod Williams|Billie Tsien Architects to design the Barack Obama Presidential Center in Chicago.

Dina’s belief that change is inspired through leadership has motivated her active involvement both within and outside the profession. In addition to past leadership and board positions with the National Organization of Minority Architects and the American Institute of Architects, Dina currently serves on the Illinois Architect Licensing Board as Chair; treasurer for Region 4 of National Council for Architectural Registration Boards (NCARB), the International Interior Design Association; and the Advisory Board for Contract Magazine.

Reaching aspiring students is fundamental to Dina’s mission to encourage and guide minorities interested in building valuable careers in architecture. She is a sought after speaker, regularly presenting to schools and universities as well as to organizations including the AIA, NOMA, U.S. Chamber of Commerce. In 2018, Dina was the recipient of the IIDA Star Award, a Women in Design Honoree and was elevated to the College of Fellows of the American Institute of Architects in recognition of her service to the profession, and to society, through her dedicated outreach to minority architecture students and emerging professionals.

Tiara Hughes: How did you first become interested in architecture?

Dina Griffin: Relative to one’s career in architecture and others I know who were a single digit age when they discovered they wanted to be an architect; I was not. It was much later to me. I was in high school at Kenwood Academy here in Chicago. At that time, the curriculum required us to take either an industrial education or home economics. I unknowingly thought home economics was limited to Baking and Cooking. High school me thought, there was no way I was taking this course. I have no interest in baking or cooking and I still do not to this day. Ultimately, my decision was industrial education. I remember thinking, I will break a nail. I will get dirty. I will do carpentry, welding, and auto shop. However, that year, they decided to teach architectural drafting. Though a small sample, that was my first view into the profession. On the TV show The Brady Bunch I watched during this time, Mike Brady was an architect, so I connected the dots and I realized this is what I want to do!

TH: When did you first learn about NOMA either tell us about your first encounter and or how you have been involved over the years?

DG: During my collegiate years, I did not know such a thing as NOMA existed. I remember as an undergraduate, the students in the graduate program may have mentioned NOMA to me, but I still was not involved at all as a student. When I graduated, a few people told me about the organization because role models and mentors were not easily accessible. They were extremely difficult to find in your place of business because more than likely you are going to be one of the few there.

However, I remember my first NOMA meeting, during which I met the late Ken Casey. I knew Eben Smith previously, and Herbert Wilson because we were working together. Attending my first meeting is where I learned there were many others interested in this profession. I believe I was licensed when I went to my first meeting. That is how late in my career I encountered NOMA. Shortly after, I became president of I-NOMA for two years, and you cannot be president without a license. It was an honor for me. Serving as president was one of the best experiences because I got exposed to the mission of NOMA.

TH: How has NOMA impacted your professional trajectory?

DG: Let me repeat: NOMA is the reason I am where I am today in the profession. While I was speaking as president of one of our INOMA meetings, I met the former president of Interactive Design. Following that meeting, he promised he would call me, even though I was happy where I was. Long story short, he invited me to come interview, and I was hired. Little did I know, I was being groomed to be president of the company in the future.

I cannot speak about my professional trajectory without mentioning mentorship. This is something that played a huge part in my life after I became involved with NOMA. The lack of mentors prior to my involvement helped me realize it is our responsibility to help mentor others. Mentoring is this big letter ‘M’ that comes in this huge package. Once unpacked, it has to do with paving the way for others, but you can also be a mentor to peers. You can be a mentor to someone who has gone through something before you. What I like about mentoring is the constantly giving and giving. I am proud to say that through the I-NOMA Mentorship Program, I am a mentor to such fabulous people as Tiara Hughes, Kim Johnson and Moid Ali. Mentoring is something that can be done formally or informally, and what I love about NOMA is that mentoring is threaded through whatever programs are happening. It is all about helping people enter the profession of architecture, be prepared for the profession of architecture, and succeed in the profession of architecture.

TH: Can you share some of your most meaningful work with NOMA?

DG: We have been fortunate enough to have some ‘pinch me’ moments, as far as projects are concerned. The Modern Wing at the Art Institute of Chicago with Renzo Piano, the Obama Presidential Center and of course the University of Illinois African American Cultural Center, to name a few.

For the Cultural Center, to have designed a building on the very campus that I earned my architectural education is the epitome of a ‘pinch me’ moment. When I received the congratulatory call that we won the project, I turned away from the phone and said, “Somebody pinch me” as I teared up. Then, fast forward to the project kickoff meeting, the same guy was in that meeting and said, “we chose Dina for multiple reasons, but the passion for this project is here. For example, when I told her, they got the project, she asked somebody to pinch her.” I was like, “you heard that?” He said, “Yes and it really matters to us that you care so much about this project.” How could I not with this project? After all, this is where my architectural education comes from. To think, this all started because I did not want to take home economics.

TH: Do you recommend people become a member of NOMA, and if so, why?

DG: Of course I recommend people get involved with NOMA – especially at the student level. NOMA is the camaraderie. NOMA is having the resource. What I love about NOMA as an organization, if you start a new chapter or are a part of an existing chapter, you have access to all that NOMA has access to. Empowering the students is just such a great mission of NOMA. The increase in exposure is important in all of this. I am Chair of the licensing board for the State of Illinois, and there is nothing like attending as a Board member, and hearing them mention NOMA as a collateral. NOMA, AIA, and NCARB are all mentioned at the same time. This is a testament to where NOMA is and where NOMA’s trajectory is going, because there is no stopping this and I am very proud to see this happen.

TH: What advice do you have for our NOMAS membership, as they begin their young careers?

DG: When I was a student, the experience was not smooth sailing for me. To be honest, I struggled and wished we had a NOMAS chapter. However, one thing I did do was speak up. I told the professor of the challenges I was facing. My struggle included wanting to quit the major. Once that professor, Art Kaha, was aware of this, he said, “okay, Dina I tell you what; instead of quitting right now, give it to the end of this semester. And if, by the end of the semester you do not feel that you have made any improvement to stay in this profession, then by all means you transfer out.” He continued, “Right now, let us focus on your weaknesses, and you focus on your strengths.” Obviously, I stayed in the profession and became an architect. I share that story so that I can express how important it is for people to speak up and advocate for yourself.

I recommend sharing your experience, because more than likely someone else has gone through the same thing and can help you navigate through this. My biggest advice is to advocate for yourself and reach out. Have a professional mentor/mentee relationship. NOMA has made that more accessible.

TH: Dina, I believe I can speak for all of NOMA, when I say we are super excited to have you as the first feature for NOMA Voices. This new platform will emphasize the value of NOMA, and assist our members, partners, supporters and sponsors understand the value of NOMA. As a result, we are searching across the country to highlight members like yourself that integral to NOMA’s continued success. This organization would not be what it is today without members like you!

DG: Well, thank you for this! I know one thing, I would not be where I am without NOMA, so it is truly an honor to be the first voice for this feature. I am happy to contribute in any way I can, because I’ve said this before – I owe my career to NOMA. 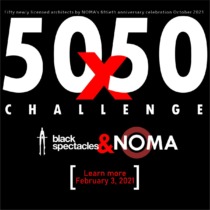 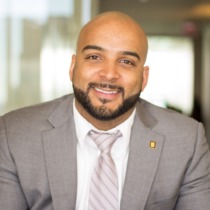 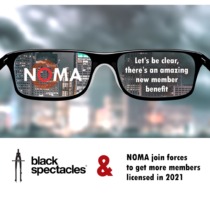 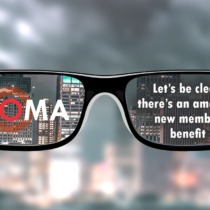 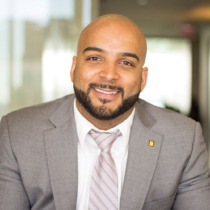 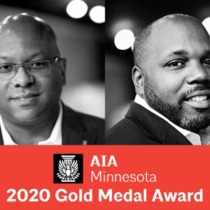 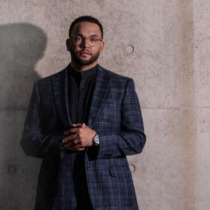 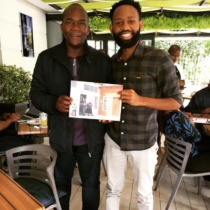 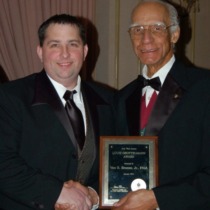 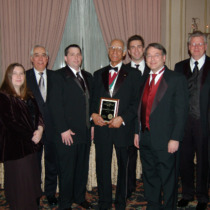