Women of the Obama Presidential Center

The Obama Presidential Center is destined to become one of the 21st century’s most significant projects to transform both the South Side of Chicago and the entire city itself. Situated in Jackson Park near the University of Chicago, the Museum of Science and Industry, and Lake Michigan, as well as Kenwood, Barack and Michelle Obama’s neighborhood, the complex will soon become a national landmark in the city’s ever-changing skyline. The Center will include a library holding the Presidential archives, a museum focusing on the Obama Presidency and contemporary issues, and space for programs and initiatives that advance the public mission of the Obama Foundation. The 19.3-acre campus will also include a new branch for the Chicago Public Library, plus an athletic center connected by a plaza and public green space designed to attract visitors year-round. The estimated $500 million project has been undergoing several reviews.

Reflecting the Obamas’ steadfast commitment to diversity, the Obama Foundation is ensuring that women play major roles in the Obama Presidential Center’s design. Almost half of the exhibition design work for the Center will be completed by minority- and women-owned businesses.

Along with New York-based award-winning firm, Tod Williams Billie Tsien Architects, the lead architects of the Obama Presidential Center, a number of Chicago-based women designers are leaving their mark. The museum design team, led by Ralph Appelbaum Associates, whose long list of projects includes the National Museum of African American History and Culture in Washington, DC, has been collaborating with a handful of carefully-selected Chicago-based designers.

A fascinating keynote panel discussion on “Women of the Obama Presidential Center” held at the Art Institute of Chicago, organized by Conference Co-Chair Sharon Samuels, was one of the highlights of Chicago’s National Organization of Minority Architects conference. I had the good fortune to attend this session and to learn more about how each of these talented designers is continuing to shape this new landmark.

A past President of the Illinois Chapter of NOMA, Architect Dina Griffin, FAIA, has served for over 20 years as President of her firm, Interactive Design Architects, and is now partnering as Associate Architect to Tod Williams Billie Tsien Architects on the Obama Presidential Center. Griffin told the NOMA audience that with this latest high-profile project, her career has come full circle. Her high school, where she first decided to become an architect, is located just north of the Obama Presidential Center site. “We didn’t think we could top the Modern Wing, but then here came 44,” referring to President Barack Obama, the nation’s 44th President. “We want to activate the neighborhood. We are setting this table daily, with lots of stakeholders both local and global.”

According to Martin Nesbitt, chairman of the Obama Foundation, “Interactive Design Architects brings local knowledge and a track record for delivering excellence to large, complex civic projects.” Founded in 1992, the firm emphasizes listening, creativity, discernment and versatility to realize clients’ goals. It has a history of working with multi-layered stakeholders to create inclusive, participatory, and responsive architecture.

In one of their most high-profile projects to date, Interactive Design Architects collaborated with the Renzo Piano Building Workshop over a ten-year period to serve as Architect of Record on the Modern Wing of the Art Institute of Chicago. Griffin’s firm has designed a wide array of building types, including arts and culture, education, libraries, façade and envelope, historic buildings, US federal projects, interiors, zoos, and municipal projects. Notable projects include Adam Clayton Powell Jr. Paideia Community Academy, Anti-Cruelty Society Façade Renovation, US Social Security Administration – Chicago Service Center, Regenstein Macaque Forest – the west entrance to Lincoln Park Zoo. At Griffin’s alma mater, the University of Illinois at Urbana-Champaign, where she served as the 2018 convocation ceremony speaker at the School of Architecture, her firm designed the newly-completed Bruce D. Nesbitt African American Cultural Center.

Visual artist Amanda Williams, who draws colors to call attention to race and drives by the Obama Presidential Center site every day, remarked to the NOMA audience, “the magnitude of decisions made today will affect generations to come. It’s great to be at the table. We are no longer add-ons, but a critical presence. It’s black girl magic. We do it every day.”

Trained as an architect, Amanda Williams was raised in Chicago’s Auburn Gresham neighborhood. Her series, Color(ed) Theory was exhibited at Chicago’s inaugural Architectural Biennial. Between 2014 and 2016, she used a culturally charged color palette of bright hues to paint the exterior of soon-to-be-demolished houses in Chicago’s South Side. Her colors were drawn from staples in her own neighborhood, like the yellow of a Currency Exchange and the orange of Flamin’ Hot Cheetos. She chose houses with gabled roofs symbolic of “house” and “home”, highlighting the pervasiveness of vacancy and blight in African-American communities.

Williams has published articles on art, race, and urbanism, has lectured widely, and represented the US at the 2018 Venice Architecture Biennale, collaborating with Andres L. Hernandez. She had a solo show at the Museum of Contemporary Art in Chicago and was named a United States Artists Fellow in 2018. The headline of an Architectural Digest article summed up her career ascent: “This Revolutionary Architect-Artist Is Gearing Up to Be a Household Name.”

Monica Chadha, founder of Civic Projects, a hybrid architecture practice in Chicago, brings an inclusive approach by listening to voices in the community. As she reflected at NOMA upon her role with the Obama Presidential Center, “It’s about civic leadership and presence – a pinch-me moment.”

Civic Project’s Museum Design Team has hosted a series of workshops to develop the Center’s Museum, obtaining critical feedback and insights from participants. Workshop participants learn how museums engage visitors through storytelling and interactive exhibit design, inspiring them to create change in their own communities.

Civic Projects prides itself on a participatory approach to build teams and work collaboratively with communities and organizations to develop projects, expanding the role of architecture in neighborhoods, both small-scale and long-term. Past projects include micro-revitalization projects in Chicago’s Bronzeville neighborhood, mixed-use projects in Chatham, Sugar Beet Food Coop, and more recently, a food-based business incubator in partnership with the Greater Englewood Community Development Corporation and the Virginio Ferrari Foundation Contemporary Arts Center, plus a museum and studio fostering community and local artists in the Washington Park area. Chadha has also taught at Illinois Institute of Technology.

Graphic designer Renata Graw, a native of Brazil, founder and creative head of Normal, a Chicago-based design studio, shared her excitement about the project with NOMA conference attendees: “It brings us back to the moment when Obama was elected with the crowds in Grant Park. How can you top that?” In an earlier interview for Brightside she recalled, “When we got the call, we definitely had to pull out the Kleenex. This is a very humbling project…we had a kickoff meeting with the whole team, and the feeling in the room is excitement and awe of the legacy we have to talk about.”

Normal is a small, independent team of designers and creative thinkers who identify new ways to challenge understanding of visual arts. In her role at Normal, Graw has built upon her previous experience as co-founder and leader at Plural, an eight-year-long studio collaboration that created award-winning work for numerous clients including the Art Institute of Chicago, the American Institute of Architects, the Chicago Architecture Biennial, the Chicago Architecture Foundation, Lyric Opera of Chicago, University of Chicago, and University of Illinois at Chicago. By partnering with strategists, writers, developers, photographers, animators, musicals, and filmmakers the team uses innovative techniques to develop bold designs. Graw has served as Vice President of AIGA Chicago, the Professional Association for Design, and taught graphic design at her alma mater, the University of Illinois at Chicago.

President Barack Obama’s inspiring personal life and meteoric career, along with that of First Lady Michelle Obama, will draw visitors from across the globe to Chicago to experience the Obama Presidential Center. And just like President and Mrs. Obama, these four Chicago-based women of the Obama Presidential Center featured here all share inspiring lives and career trajectories as well. Their groundbreaking designs on this national landmark will soon earn them a place in the history books, propelling their careers to even greater heights, and calling even greater attention to the contributions that women designers have made around the world. 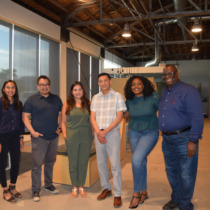 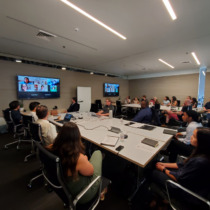 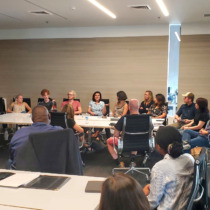 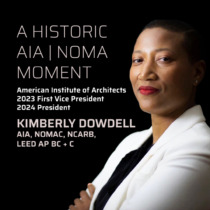 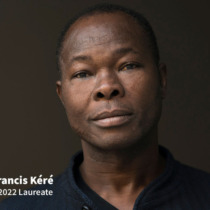 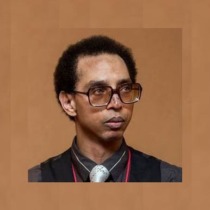 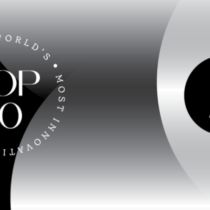 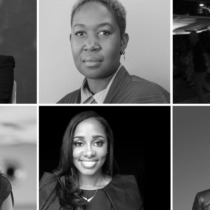 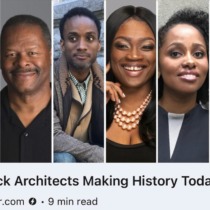 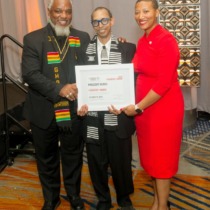