President Pugh has announced that e3: EDUCATE, ELEVATE & EMPOWER will be central to his 2021-2022 tenure. The program and its leaders were fully detailed at the Q1 Virtual Town Hall meeting.

The EDUCATE pillar is intended to expand NOMA’s recruitment and retention efforts to meet the needs of our higher education professionals while promoting rewarding alternative career paths in the architecture and design industry. A higher education career demands professors engage in research and creative work, publishing the results widely. NOMA has the opportunity to galvanize the collective effort of our valued scholars and educators at esteemed institutions of higher education across the country by creating a robust platform for professors to collaborate and share their work.

This can be accomplished through three initiatives – creating workshops for professors to present papers and research, soliciting papers from NOMA architecture scholars, and developing a journal to publish the conference proceedings. Coupled with a parallel focus to expand and rebrand Project Pipeline, these combined initiatives will provide the foundation for NOMA’s EDUCATE platform by supporting our goals to increase the number of both minority licensed architects and tenured faculty, and creating a safe space to explore the issues that are central to NOMA and our membership. We are excited to welcome both Professor Streete and Dr. Daniels to the national leadership team, and look forward to their service as they help us EDUCATE, ELEVATE & EMPOWER our membership base! 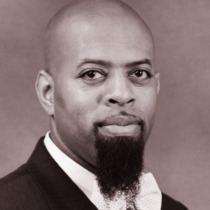 Dr. Kwesi Daniels is the Head of the Architecture Department at Tuskegee University. His professional experience ranges across various disciplines, including historic preservation, architecture, sustainability management, and urban geography. Over his twenty-year career he has worked for architecture firms and government agencies on public and private sector building projects around the country. He has also played an active role in the National Organization of Minority Architects (NOMA), the Alabama Black Heritage Council, and Kappa Alpha Psi Fraternity, Inc. However, his greatest honor has been teaching students at  Tuskegee, Temple, NYU, and Columbia University in the City of New York, in addition to lecturing nationally.

In 2018 he began developing a historic preservation program at Tuskegee University, which has resulted in the documentation of civil rights sites in Selma, Montgomery, and Tuskegee, Alabama. Professor Daniels earned a BArch and MArch in architecture from Tuskegee University and the University of Illinois at Chicago and a MS in sustainability management from Columbia University. In 2020 he earned a Ph.D. in urban geography from Temple University. His doctoral research focused on studentification and its social impact on West Philadelphia neighborhoods 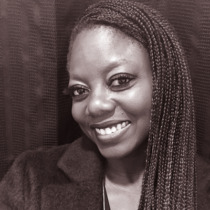 Annicia Streete is an Assistant Professor, visiting in the College of Architecture and Planning at the University of Colorado Denver. Her academic and professional background is multi-disciplinary, earning her Bachelor of Science in Civil Engineering at the South Dakota School of Mines and Technology and her Master of Architecture at the University of Colorado Denver. This background has afforded her the opportunity to teach and practice across the Architecture, Construction, and Engineering fields over the past fourteen years. As a practitioner, Annicia has designed and built projects in residential, commercial, and healthcare. As an educator she has parlayed this experience, teaching in the design studios and building technology course sequences. Her research interests focus on informal building technology practices of African Diasporic communities. Annicia is a native of Trinidad and Tobago and in addition to her passion for architecture, she has professionally instructed in dance and fashion and enjoys the intersection of all three.

Committed to her goal of improvement and enhancement through education and opportunity, Annicia is currently conducting a National Organization of Minority Architects student chapter (NOMA-S), mission focused design studio in her department at the University of Colorado Denver. In addition, she is currently serving as the faculty advisor to her college’s American Institute of Architecture student chapter (AIAS) and Freedom By Design (FBD). She has also served in mentorship programs such as the Architecture, Construction and Engineering mentorship program (ACE). Annicia has played a pivotal role in her current state of Colorado as a founding member of Colorado’s professional chapter of the National Organization of Minority Architects, NOMA Colorado, where she serves as chapter parliamentarian and counts each opportunity to teach and serve an honor.

The ELEVATE pillar is focused on increasing the number of licensed minority architects, raising the performance bar of our student and professional NOMA chapters, and celebrating the success and accomplishments of our members across the country at both the local and national level.  These initiatives are critical to the continued growth and success of the organization, and collectively serve to reinforce the tangible benefits and value of a NOMA membership.

As NOMA elevates the overall engagement and quality of our programming, we will simultaneously work to raise the profiles of our valued members and industry trailblazers.  This will be accomplished through new national marketing campaigns such as the NOMA Voices and NOMA Spotlight monthly features, sharing the impactful stories and contributions of our members, and amplifying the platforms for our local and national leaders. 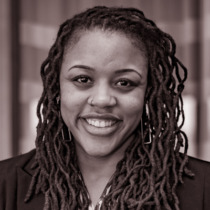 A St. Louis native, now based in Chicago, Tiara Hughes is a Senior Urban Designer at Skidmore, Owings & Merrill (SOM), an adjunct professor at the Illinois Institute of Technology (IIT), a Commissioner with the City of Chicago Landmarks Commission, and a real estate professional.

She is a devoted activist, educator and advocate for underrepresented communities and voices, and currently serves on the national board for NOMA. Tiara’s personal experiences in the industry along with her passion for advocacy led her to establish a national research initiative called FIRST 500 in 2018. As the founder and executive director of FIRST 500, Tiara travels the country to raise awareness of the importance of Black women architects throughout history and their contribution to the built environment. 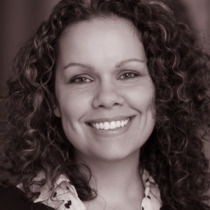 Angela King, AIA, NOMA, is the co-chair of the Elevate committee. She is Principal Architect for the City of Cincinnati where she leads the planning and design program for city owned facilities. Locally she serves on the board for C.A.M.P, Cincinnati Architecture Mentoring Program, whose origins are the first Project Pipeline camp in the country. She was part of the I-NOMA team for several years before moving to Cincinnati where she is working to revive the local chapter and served as the National Membership chair from 2017-2019. King is a Volunteer by birth as a Tennessee native where she received her Bachelors of Architecture from the University of Tennessee. This passion for serving the community has involved her in the spectrum of organizing to include advocacy for mothers, food justice, and in recent years Design Justice. As an indigenous (Lumbee) architect, mother and former teenage parent she has a distinct lived experience for how the built environment and the systems that uphold it meet the needs of those often overlooked in our communities.

The EMPOWER pillar of NOMA works to increase economic opportunities for members and minority firms, while amplifying collective advocacy efforts across the country in support of a just and equitable future.  Empowerment is achieved by first being heard and seen.  NOMA advocacy efforts will be shaped by listening to the voice and needs of our members to best understand specific support initiatives required across our communities.  A strong focus on creating an authentic and collaborative movement toward cultural resilience will be vital to the full process.

In accordance with the principles of the twelve founders, NOMA has the responsibility to respond to and lead justice efforts alongside and across advocacy groups.  The national EMPOWER committee will serve to remind members of the agency within us, our inherent resilience and shared core values. 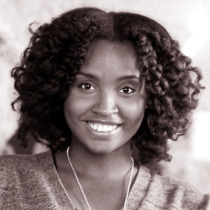 Imani Day is an award-winning, licensed architect with Gensler Detroit. Originally from Montclair, New Jersey, she graduated early from Cornell University’s School of Architecture in 2011 and spent her early career in New York. In addition to designing equitable and inclusive projects across the country, Imani is an adjunct professor with the University of Detroit Mercy. Her course focuses on social justice in design, and architecture as advocacy.

As a member of the executive board of the National Organization of Minority Architects and Gensler’s Global Race and Diversity Committee, Imani continues to champion diversity within the profession. She leads strategic planning to create economic opportunities for designers of color. As a writer and editor, Imani works to amplify underrepresented voices and uncover social issues in the industry. She is proud to be the 13th African American woman to become a licensed architect in the state of Michigan and 463rd in America. 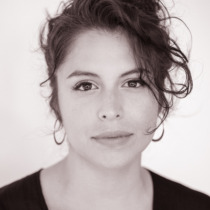 Siboney is a project and design manager at Opportunity Communities in Boston. Her work focuses on affordable multi-family housing development, public space community facilitation and organizational design standards informed by resident services at Nuestra Comunidad Development Corporation and The Neighborhood Developers in Massachusetts. She serves on the boards of the Association for Community Design, the Boston Society of Architects, teaches Community Practice at the Boston Architectural College and is an organizer with the Design as Protest. Siboney served as zoning commissioner for District 1 in San Antonio and was a founding member and co-chair of the Latinos in Architecture (LiA) Committee within AIA San Antonio. She insists that creative fields are viable vehicles for social change and is committed to prioritizing community voices in design processes. From 2019-2021 Siboney was an Enterprise Rose Fellow. She received her B.Arch from Cornell University and is a licensed architect in the state of Texas.